Jac School, Surabaya- “Life is a dance when you do it in steps” becomes the theme of that first and ever dance competition held by JAC High School Surabaya (14/12). Took place in Ciputra World Mall, Atrium Square to be exact, participated by very talented primary-student teams around Surabaya. The competition which started at 4 and ended at 7, invites 3 professional judges from G-Centre. “Somehow, most participants are well-known and talented dancers in their school. So it is pretty amazing to be part of this awesome event. Why I say this is amazing because actually all the dancers are primary students but they dance beautifully yet powerfully,” Ms. Indah (HS- Counsellor), one of HS Hip Hop Dance competition committe, explained.
During this show, we can not only witnessed the impressive hip hop movement but also flash mob (flash dance) fro JAC High School students. “Well, yesterday during Christmas celebration, we have flash mob competition and we chose 5 best groups from both levels. From Secondary, we have G9B as the first winner, G8A as second winner, meanwhile G8B is favourite group. For High school we just have 2 winners, the first winner is G11 and the favourite team is G12 but unfortunatelly, most G12 members cannot participate in this final stage, so we just offer to G10, and they agree. So now those 5 winners will compete and show their best effort to get the first prize,” Ms. Herlina, Christmas Celebration PIC explained excitedly.
The amazing performaces continue with HS dance team performance. Stevy and friends show their new hip hop movement to audiences. Last but not least, another performance comes from the judges. All those 3 judges introduce theirselves in a very unique way. They perform and show their dance genres, which each of them has completely different genres, and hipnotized audiences. “Those 2 minutes-performances are amazing, I never seen those kinds of spectacular show before,” MS. Anita (ICT teacher) told us. “We know our students are so amazing and talented, we do hope this competition can accomodate and explore our students’ talent especially those who love to dance. We hope next year will be better and more impressive,” Ms. Miyas (HS principal), the PIC explained. At the end of the event, Ms. Ratna and Michelle Chan, as the MC for this event, announced the winner. First winner of Flashmob goes to G11, meanwhile G8A and G8B managed to set their position as second and third winner. The Judges chose Power puff girls (JAC) as the first winner, Girls Squad (Santa Clara) as second winner, lastly Shine kids managed their position as third winner. 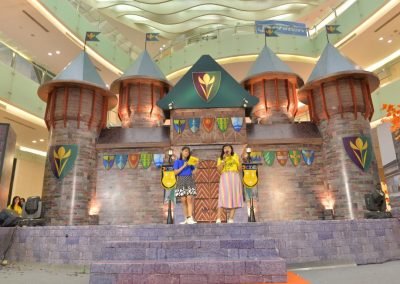 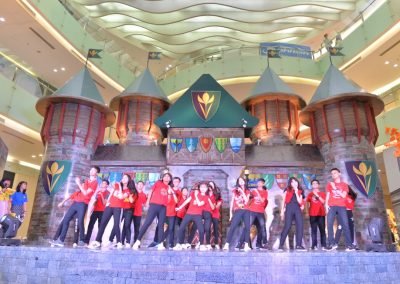